Tough walk in the Fannichs with two superstars 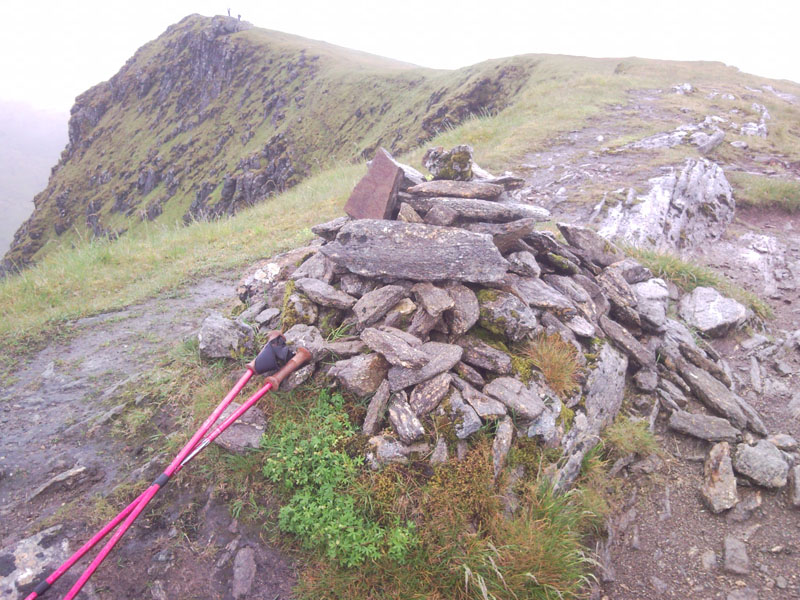 After doing two of the Fannich Munros in bad weather at the end of May it was now time to head back up there and walk the other seven. A couple of walking friends, Paul and Gordon were planning on walking the nine munros so I was going to attempt the nine with them. I could drop out after the seven if needed and head back to the car.

I took Friday off work and leisurely headed up towards Ullappool. I arrived at the parking area near the track to Loch a Bhraoin and headed down the track to pitch my tent for the night. It was now around 6pm and as I got into the tent the rain started. After three hours the rain stopped and I went for a call of nature. Unfortunately the wind had dropped with the rain and I ended up with hundreds of midges in the tent and spent the next two hours trying to kill them all hahaha. So after a restless night with the rain on and off and the midges biting I was up and at the car waiting for Paul and Gordon at 0540. They arrived shortly in there midge filled van hahaha so it was on with my midge net before heading to the start of the walk at the head of loch Glasgarnock.

So, parked up suited and booted we head of up the clearly signposted path through the forest for 2km to cross the bridge over the Abhainn a Ghiuthais Li. After another 1km we cross the river over another good bridge and follow a stalkers path along the burn. The path is heading on into the Corrie but we need to head South up to and past Loch Gorm so we head directly across the thick undulating heather and after a good slog we are ascending the slope up to the first Munro, An Coileachan. We are in the mist and pretty much stay in the mist for most of the walk. Occasionally the mist lifts during the round and gives us fleeting views as we go. Also the rain comes and goes and stops are made to don waterproofs and remove them as required.

The second Munro, Meall Gorm, 2.5km away dropping down to Beallach Ban then climbing to the spot height at 922m and then onwards to the summit. We are going well and arrive at this summit after 3hrs 15mins.

We now head for 2km North West then pick up a path which skirts North East around the base of Sgur Mor and then drops to the Bealach below Beinn Liath Mhor Fannaich. The path seems to go around the base of this Munro so we decide just to head up the steep slope over boulder field and shortly after we arrive at the summit. There are three ladies here. They are walking the four Munro’s today and after a chat and taking photos we head off back down the boulder field to the Bealach for the long slog up Sgur Mor. Paul seemingly with springs in his legs bounds up the slope like and antelope hahaha and me and Gordon take our time. Truth is I am feeling tired and finding this hard work. After a short while we are on the summit of Sgur Mor and have a good stop for refreshments. After a while the ladies appear again.

We head off North West towards our next Munro. Descending Sgur Mor, up over Carn na Crich and down to the beallach below Meall a’Chrasgaidh. There does not seem to be a clear path up the hillside and Paul and Gordon decide to head along the top of the Corrie heading for the steepest slope possible up to the summit. I follow on and soon we are heading straight up the steep hillside hahaha. It’s hard work but we soon arrive at the summit.

I look across to Sgur Nan Clach Geala and it looks like a long haul up to the summit. So heading South, we descend the grassy slope and soon arrive at the Beallach. Paul is bounding away again and I say to Gordon just head on up because I am slowing down. It takes me an age to get to the summit and I am walking like a zombie. I have slight cramp in both thighs so slowing down is the only option. I arrive at the summit and see the boys 200m away around the Corrie. I know I am slowing them down now and realize that I won’t be able to do the nine Munro’s. Just as well I done the back two in May hahaha. Its now an easy 2km walk down to the beallach and up the slope to the final Munro for me, Sgurr nan Each. Even this gentle slope was tough for me. I tell Paul and Gordon I will be bugging out when we get down to the valley. That would allow them to go as fast as they like over the final two munros. So we head North down to the beallach for 0.5km and then head East down the pathless slope to my path out of the valley. At this point Paul and Gordon head up the slope to their eight Munro and I head along the valley floor for the 6km walk back to the car.

I now have plenty time to de-camp and have a sleep in the car before Paul and Gordon emerge from there epic walk in the Fannichs.

An excellent day with two excellent walkers. The weather was kind to us as well Thanks a lot guys. 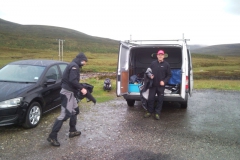 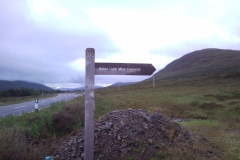 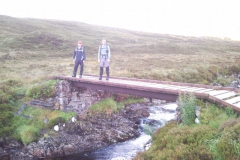 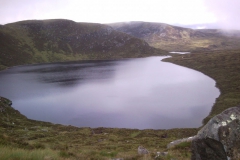 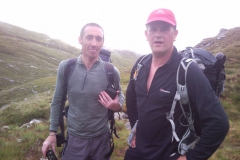 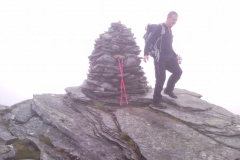 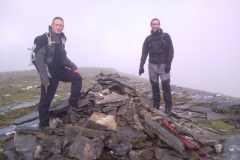 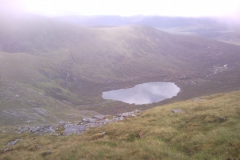 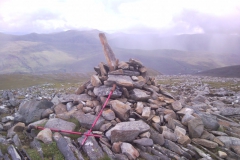 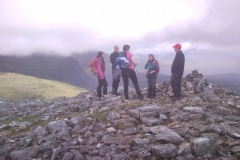 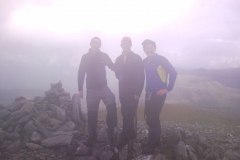 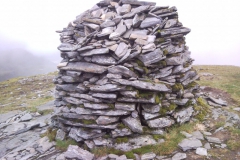 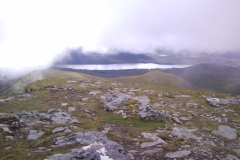 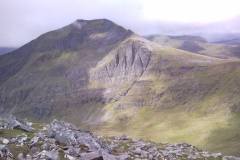 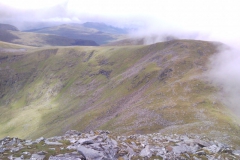 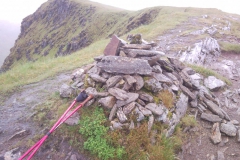 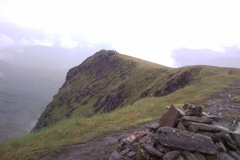 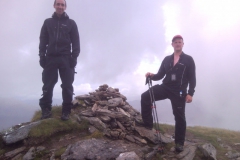